Can you explain how motion detected recording works?

Can you explain how motion detected recording works?

Motion detected recording is a feature on all our DVR recorders. The DVR monitors camera images and decides when it thinks there is movement. To do this the DVR looks at individual image frames and compares them to the previous one. If it sees differences then the motion is assumed to have taken place. It is the DVR, not the cameras which is looking for movement.

A DVR isn’t as intelligent as you or I and can’t differentiate between background movement, changes in light and someone coming to break into your property. To help minimise false triggers it is possible to limit where on the screen the DVR looks for movement and limit this to a small area or a number of areas. You don’t have to use the full screen. You can set the trigger area using the setup menu on the DVR, you can also set the trigger area remotely if the DVR is connected to your local network / the internet.

Some people only record footage when motion is detected in an attempt to extend the time footage is stored. We are not big fans of doing this. We would rather see motion triggering being used to create bookmarks within 24/7 recording rather than the sole means of capturing footage. Use it to identify which sections might be important but still have constant footage either side of the trigger.

Systems which use motion triggering as the sole method of recording are usually trying to compensate for too little memory. We recommend allowing 250GB of hard drive space per camera on SD systems, 500GB per camera on HD systems. See our guide to hard drives. 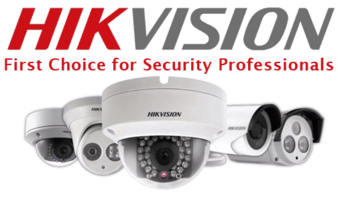