Does CCTV Actually Prevent Crime  in 2017 and beyond 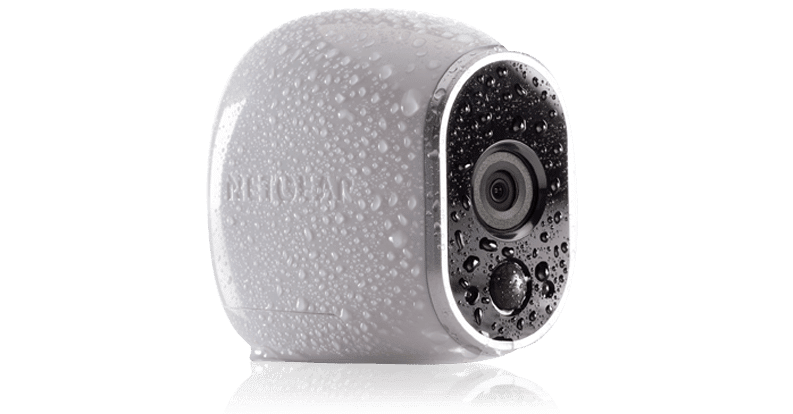 So the big question is does CCTV prevent crime in 2017 and beyond? Well a soon to be published public survey, by the UK government’s surveillance camera commissioner in conjunction with the British Standards Institution, investigates how the government can work to raise the standards of Close Circuit Television (CCTV) users in the UK. It is estimated that we had 5.9 million CCTV surveillance cameras being used both privately and publicly in the UK in 2016, and it is said that an individual is likely to be captured on average 30 times a day by CCTV. The massive growth in the number of cameras being used has once again re-lit the ever present argument as to the necessity of millions of cameras in the UK. So as suppliers of CCTV equipment it raises two questions: “Does CCTV actually prevent crime?” and “Why has CCTV use risen?”.

The Growth of CCTV Use in the Private Sector
More popular than ever before, the use of CCTV within businesses and private residences to secure property and deter crime has skyrocketed over the past decade and continues to do so. Pauline Nostrom of the British Security Industry Association (BSIA) recently stated: “the number of private cameras currently used in the UK outnumber public sector cameras 70 to 1”.

There are many reasons for the soaring popularity of CCTV, one of which being the affordable price of camera equipment. Another big reason is that the police are keen to encourage the use of CCTV. In 2015 Sir Bernard Hogan-Howe head of London’s Metropolitan Police stated that “more homeowners should install CCTV cameras outside their houses’. He further added that homeowners and businesses could help police to solve crimes and encouraged people to install cameras at eye level so that criminals could be identified.

London-riotsA golden moment for CCTV was during the London riots of 2011 where police viewed over 200,000 hours of footage to go on to find over 5000 offenders. Offenders that may not have been prosecuted if it was not for CCTV. British psychologist Gordon Trasler has recently pointed out to the BBC that “CCTV is effective for “instrumental” offenses (such as property crime or robbery) but not so effective for “expressive” offenses like a violent crime when behavior is impulsive and there is no time for rational decision-making”. However, it was also mentioned in the BBC report that in 2009 95% of Scotland Yard murder cases used CCTV footage as evidence.

It seems with the funding for general policing and the monitoring of public CCTV around the UK being cut dramatically in recent government austerity measures, the public is taking it upon themselves to protect themselves and their property. Thames Valley Police could reduce their CCTV budget from £225,000 to as little as £50,000 in 2018. The national policing lead for CCTV Assistant Chief Constable Mark Bates highlighted the important part cameras play in protecting communities and stated to the BBC “We have a real responsibility to think carefully before making any decisions to dis-invest in CCTV as a result of austerity challenges.”

How well do CCTV cameras work to deter crime?
car crime v2Many individual studies into the social and psychological effects of CCTV have taken place since the rise of the surveillance camera in the 1980’s, many of which were inconclusive to its effectiveness against crime.

More recent studies carried out by organizations such as the Campbell Collaboration and registered criminal justice charity NACRO have come to similar conclusions. They both agree that CCTV has had a modest but significant impact on crime rates. In particular, CCTV has been most effective in reducing vehicle crime and theft. Crime has decreased by 51% in car parks using CCTV surveillance. CCTV has also led to greater reductions in crime in the UK compared to other countries. Naturally, findings also suggest that CCTV works best with other forms of security such as improved street lighting, prominent alarm systems, and secure fencing.

Why do CCTV cameras help to reduce crime?
To find out how CCTV effects the public we have to turn to science. Using the scientific realism approach scientists Gill and Spriggs have looked into the psychology of CCTV and produced some interesting results. They have found that CCTV cameras and their use reduce crime in the following ways:

Caught in the Act

CCTV could reduce crime by increasing the likelihood that present offenders will be caught, stopped, removed, punished and therefore deterred.

CCTV could reduce crime by deterring potential offenders who will not want to be observed by CCTV operators or have evidence against them captured on camera.

A reduction could take place because more natural surveillance is encouraged as more people use the area covered by CCTV. This may deter offenders who fear an increased risk of apprehension.

CCTV may facilitate the effective deployment of security staff and police officers to locations where suspicious behavior is occurring. Their presence may deter offenders or may mean they are caught in the act.

This may assist in deterring offenders.

CCTV cameras and signs show people are taking crime seriously, and thus offenders may be deterred.

CCTV may have less of an impact on crimes that can be done quickly as opposed to those that take a longer time, as offenders assume that they will have enough time to avoid the cameras or to escape from police officers and security staff.

Publicity about CCTV encourages potential victims to be more security conscious and to take precautionary measures.

Appeal to the Cautious

Those who are more security minded use the areas with CCTV, driving out the more careless who are vulnerable to crime elsewhere.

Generally, most people will act differently if they think they are being watched, it’s human nature, and this has had a great effect on crime rates. The research findings can also make you think about whether you should buy a camera that’s noticeable or a camera that blends into the background, it seems deterrent is king. Ensuring your CCTV is seen is strategically better in the long term.

Other Benefits of CCTV
There are many other benefits to the installation of CCTV, bolstering its popularity and helping to increase the number of businesses and homes using CCTV for security, these added benefits are:

A reduced fear of crime

Many studies have taken place to determine if the presence of cameras reduces the fear of crime in an area. The studies interviewed people in a CCTV area. The findings generally showed that people had a reduced fear of crime in these areas but this was only to people who were aware of the cameras. This peace of mind also encouraged people to use that area more often.

With numerous examples of CCTV aiding the conviction of offenders, there is no doubt that CCTV makes a contribution when it comes to justice. However, it doesn’t stop their cameras are vital in detecting potential witnesses to a crime too.

CCTV camera operators can contact medical services if they see any incident, illness or injury. Potentially saving lives in the process. It has been found that police are called out between 10 to 20 times for every 700 hours observation.

Cameras can also be used to monitor known offenders/shoplifters and help to keep a covert eye on them. Using this less intrusive method of surveillance can help to diffuse potentially volatile situations.

As a result of potential offenders not knowing the limits of a CCTV camera’s reach, they are more likely to curtail their criminal behavior to a wider area than what is covered by the camera system. This is what criminologists call the diffusion of benefits.

Conclusion
It seems the benefits of CCTV camera surveillance far outweigh the cost and as long as they are used correctly CCTV cameras will only increase in popularity in the UK. Over the past decade they have helped to reduce property crime considerably and used lawfully they can serve to help the police and property owners to find and convict criminals.

Although it’s impossible to count the number of crimes prevented by CCTV the deterrent effect that camera installations is undoubtedly there, and has proven to be invaluable to people securing their property. Research shows cameras are likely to change the actions of a potential criminal and this effect far outreaches the area covered by the camera itself.

The use of CCTV has statistically been proven to be a useful tool in the fight against crime and the conviction of criminals. Used with other forms of security such as intruder alarms and fencing it has a significant effect on deterring criminals. If you need any advice on CCTV equipment or other security devices please give us a call on 0800 0132341.